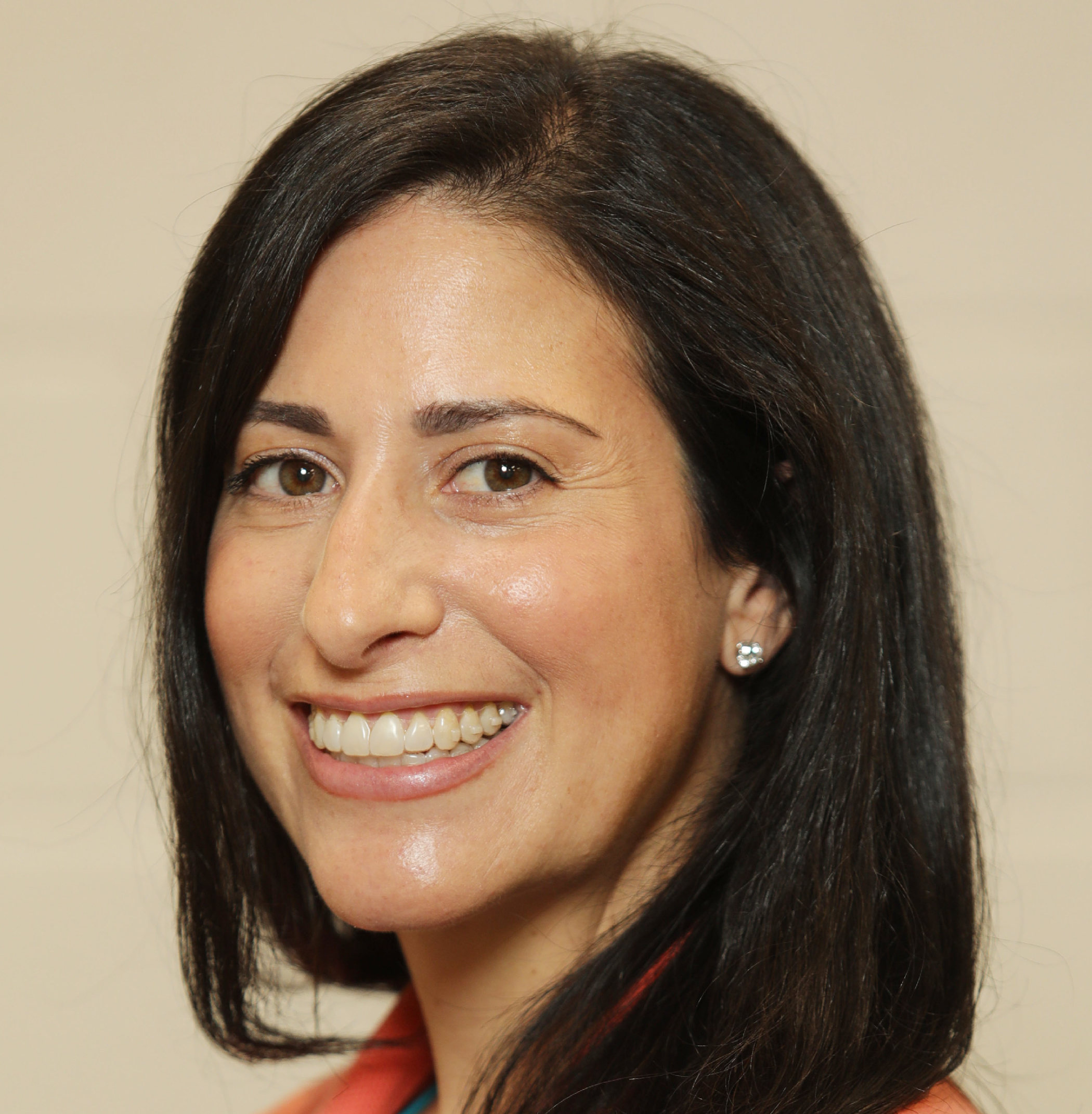 A veteran of Charleston County School District, Denney has served CCSD for over 20 years. In that time, she has demonstrated a deep commitment to engaging with partners across the County and to working with students, families, and neighborhoods maintaining a focus on student outcomes. Until August 2022, Denney served as the founding principal at Early College High School (ECHS) which first opened in 2017. In her tenure as principal, she demonstrated expertise in strategic planning and in bringing to life a vision that led to student success. As the principal, she successfully engaged with families and school communities across the district.

She began her teaching career as a 7th-grade Social Studies teacher, department chair, and grade-level chair at R.D. Schroder Middle School in Hollywood, SC. Next, she became an Instructional Coach and Administrator at Alice Birney Middle School in North Charleston. In an instructional leadership role at Burke High School, she then worked with educators and provided experiences that forged students’ paths to college and careers. As the Secondary Learning Community (SLC) Career and Technology Education (CTE) Coordinator, she engaged local business partners in the creation of opportunities for CCSD students at three high schools: Burke, St. John’s, and RB Stall–resulting in each school earning 100% Work-based Learning rates during Denney’s tenure from 2012-14. While an Assistant Principal at North Charleston High School (NCHS), she expanded CTE offerings to include the addition of four new CTE

completer pathways. Her work as the Graduation Rate Team Chairperson from 2014-16 resulted in a 12.46% increase in NCHS’s graduation rate.

Denney holds a bachelor’s degree in Elementary Education from The College of Charleston, a Master of Education in Elementary Administration, and a certificate in Secondary Administration, both from The Citadel. She also holds a Certificate in Education Finance from Georgetown University. In 2022, she was recognized as an Alumna of the Year from the School of Education, Health, and Human Performance at the College of Charleston. 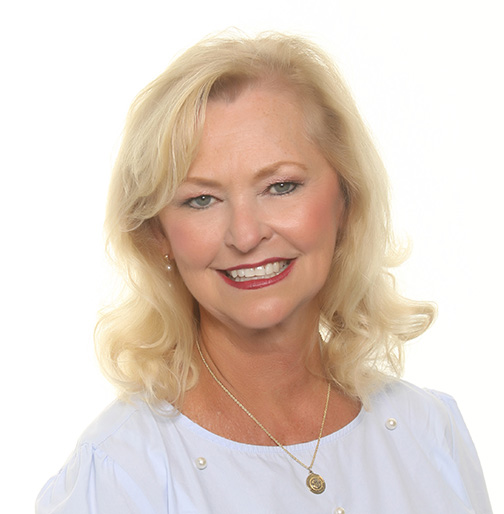 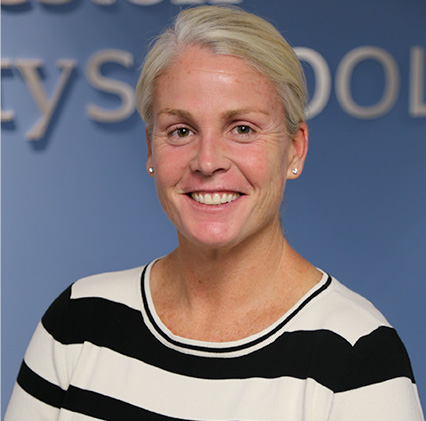 In her free time, she likes to do yard work and spend time with her dogs and family. 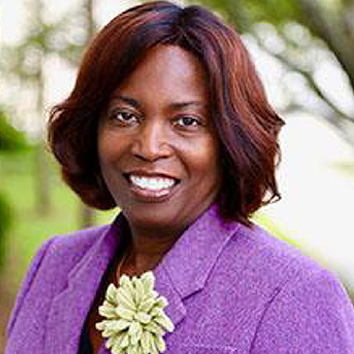 Jacqueline K. Haynes is the Executive Director of Acceleration Schools with the Charleston County School District in Charleston, SC. Her goal is to level the playing field for students of color so that access to college and higher-level learning is attainable. Mrs. Haynes previously served as the Director of Achievement Schools with the Hillsborough County Public School System in Tampa, FL. Her unique perspective and personalized approach in mentoring other professionals has resulted in many leaders advancing to higher-level positions. In addition, turning a school around from a “D” status to an “A” status by pushing forward high academic standards and rigorous coursework for all students is one of her proudest accomplishments. She holds A National Teacher Center Certification in Coaching; Courageous Conversations Affiliate Certification in Equity (Glenn Singleton); and D.E.E.P. Certification (Equity).

Ms. Haynes has served on several national committees and has participated in a National Professional Learning Community with the Wallace Foundation, where she is featured in a publication and video titled, The School Principal as Leader: Guiding Schools to Better Teaching and Learning. She believes that shifting Principals from building managers to one of leading instructional change will ensure that ALL students receive a quality education. Ms. Haynes has earned a Master’s Degree in Guidance and Counseling; ED.S in Innovative Education; and is currently a Doctoral Candidate at the University of South Florida. She is the former principal of Howard W. Blake High School, where she was named the first African-American Female High School Principal in Hillsborough County.

She is a proud graduate of Florida State University, BA in Education; University of South Florida, ED.S. in Innovative Education, and currently a USF Doctoral candidate. She resides in Charleston, SC with her husband, Anthony L. Haynes and is the mother of Arielle Haynes Burnette, married to Christopher Burnette of Atlanta, George, and Anthony L. Haynes, II, of Miami, Florida.

Channa Williams is Interim Chief Financial Officer for Charleston County School District. As a successful financial executive with more than 20 years of experience in corporate, non-profit and government sectors, Channa offers a wealth of knowledge, experience, and financial leadership in the areas of budget, finance, accounting, capital investment, treasury, risk and audit management. 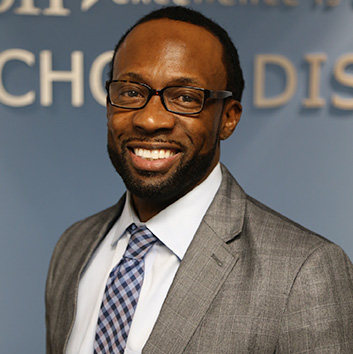 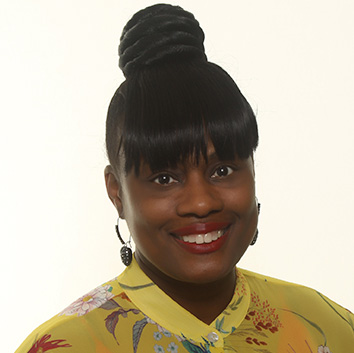 Michelle Simmons has served as a CCSD administrator for 14 years before leading the ELC. Previously she led Stono Park Elementary School, serving as principal since 2010.

Mercedes joined Charleston County School District as General Counsel in July 2021. Her legal experience spans from general civil litigation, family law, and criminal law to asbestos claims and education law. Prior to this role, she served as in-house counsel in higher education, most recently as Associate General Counsel for the United States Air Force Academy.

A native of Ridgeville, South Carolina, Mercedes received her bachelor’s degree in political science from the College of Charleston, her juris doctor degree from North Carolina Central University School of Law, and her master of laws degree in intercultural human rights from Saint Thomas University School of Law. Mercedes is licensed to practice law in both South Carolina and North Carolina.  Mercedes is passionate about human rights and ensuring all children have access to equitable educational opportunities. 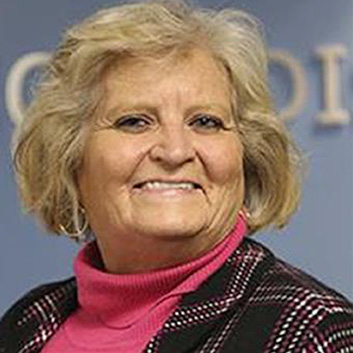 Terri H. Nichols is a longtime employee of the Charleston County School District who has dedicated most of her adult life to children, teaching, and learning. She began her career as a teacher at Morningside Elementary and also taught at Brentwood Middle School where she was named Teacher of the Year and a CCSD semi-finalist in 1987. Mrs. Nichols moved into administration and became Assistant Principal at Hunley Park before she was named Principal at Mary Ford Elementary in 1991. During her tenure at Mary Ford, the school was recognized by the National Title I department at their convention in Anaheim, California for demonstrating marked academic achievement in both reading and mathematics. Additionally, Mrs. Nichols was awarded the CCSD Principal of the Year Honor in 1996.

Mrs. Nichols continued as a principal moving to lead Belle Hall Elementary from 1999 through 2008. During this time, the school maintained its excellent rating awarded by the South Carolina Department of Education. Mrs. Nichols, a huge supporter of students with special needs, was recognized by the Downs Syndrome Association of the Lowcountry with the Education Award in 2005, and, in 2009, she was awarded the Friend of Reading Recovery for her support of Reading Recovery as an intervention for struggling first-grade readers.

The Citadel and the Anita Zucker School of Education honored Mrs. Nichols with the Outstanding Alumnus Award in 2017 for her many years of service to the students, teachers, and parents of Charleston County.

Her current role is Interim Executive Associate Superintendent of Literacy and Certified Staff Development and is working with a variety of initiatives including literacy and leadership development. 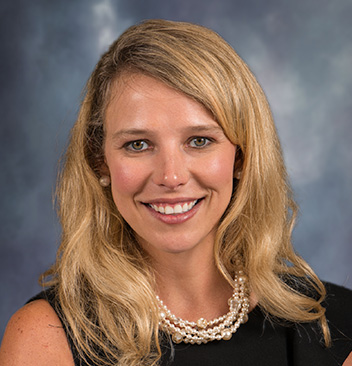 A former English teacher, Master Teacher, Principal, Director, and Executive Director, Anita Huggins currently serves as the Interim Chief Transformation Officer for Charleston County School District (CCSD). An accomplished educator with nearly 25 years of experience in education, Ms. Huggins has led in various Charleston County School District (CCSD) schools and communities during her tenure. Prior to her current role, she served as Executive Director of Secondary Schools; for over 12 years, she trained hundreds of teachers and administrators from all of CCSD’s schools in how to effectively plan for instruction, deliver instruction, and develop conducive environments for learners as the Executive Director of Educator Effectiveness. In that role, Ms. Huggins was instrumental in developing districtwide systems for teacher development, support, and recognition.

Over the course of her career, Ms. Huggins has presented at numerous conferences, served as guest lecturer, facilitated and served on various panels, as well as co-authored journal articles to help grow and support aspiring, novice, and veteran educators. Ms. Huggins holds bachelor’s degrees in both English and Secondary Education along with a master’s degree in Secondary Administration.